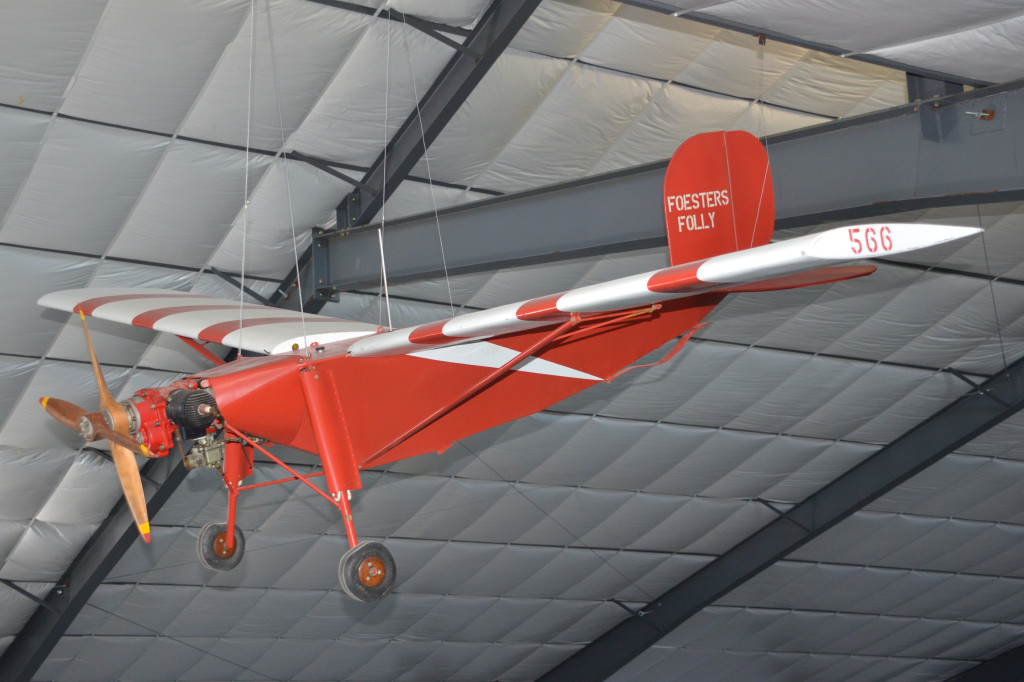 The OQ-2A was the first mass produced unmanned aerial vehicle (UAV) or drone in the US. It was used as a training target for antiaircraft practice for guns up to 40mm. Dispatched via catapult, with 6 ½ horsepower, a single drone could be expected to survive up to 25 hours of flight time be-fore it needed a complete overhaul. The advantages of the OQ-2A include its realistic appearance, maneuverability, flexibility of use, lack of “canned” courses, ability to operate either inclement weather that would ground air missions, or where air missions were unavailable, and the low cost of operation. Its disadvantages were that it was only a one third representative of actual pursuit type airplanes, and could only reach one third of their speed.

The drone in this museum was used at Camp Indianola in Calhoun County, TX. It was restored by Curtis Foester, Jr., who was a small boy when part of his family ranch was used for the camp. He restored it to match the one that the serving Lieutenant named after his father, “Foester’s Folly.”