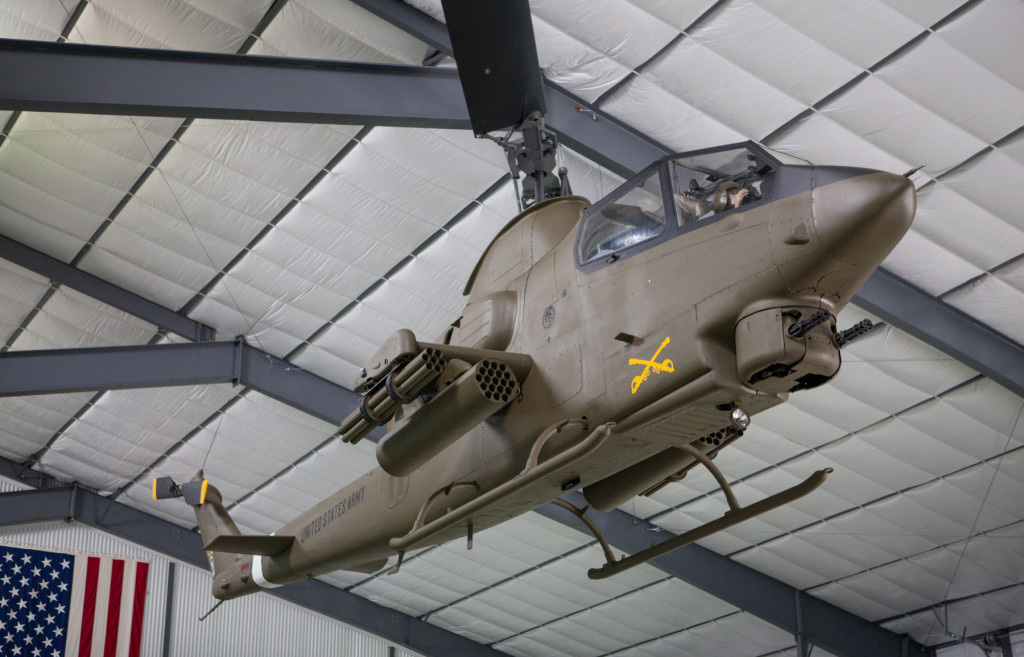 The AH-1 Cobra series was the first purpose-made attack helicopter in the US Army, and for many years the only Western helicopter with proven air-to-air and anti-radar missile capabilities. Originally designed to escort vulnerable transport helicopters in the Vietnam War, its uses quickly expanded due to its agility and lethality. It played an active role in every major military intervention until the late 1990s, after which it was offered to NATO allies as well as the US Forest Service to fight wildfires.

Did you know?
The Cobra in this museum was restored to look like the helicopter flown by Capt. Robert Livington Acklen, Jr., one of the most decorated graduates of Texas A&M who served in the Army during the Vietnam War.

Check out the restoration process for our Cobra: