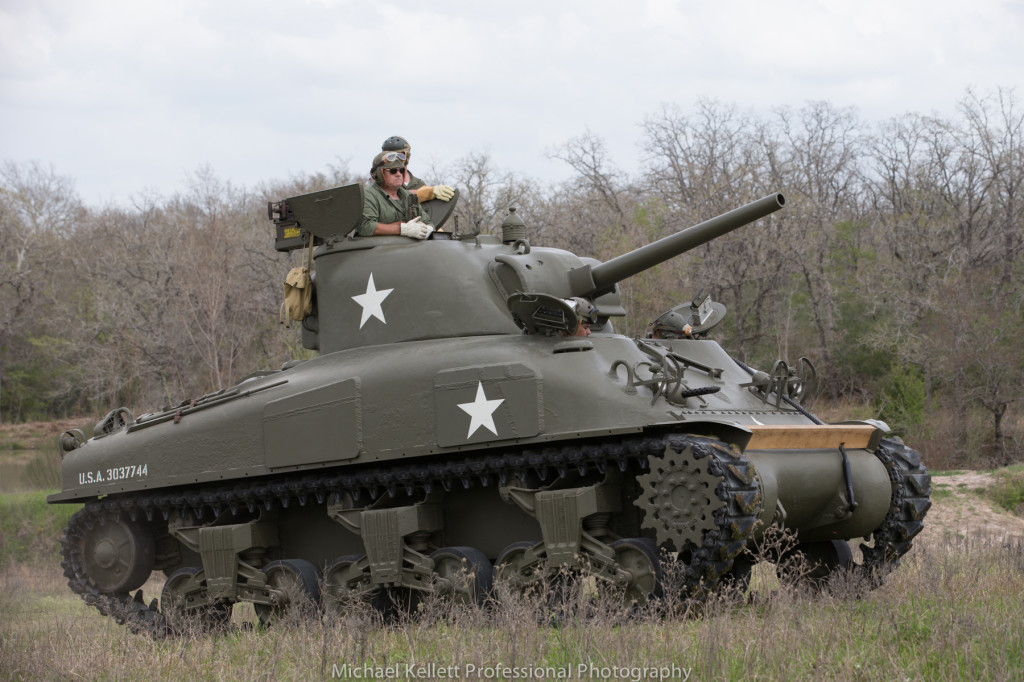 Arguably one of the most iconic tanks of the war, the M4 Sherman was the second most produced tank in the WWII era (after the Soviet T-34), and the most produced tank in American history. The M4A1 first saw combat with the British 8th Army in the Second Battle of El Alamein in Egypt in October 1942. Its first American mission was Operation Torch in North Africa. As a medium sized tank, its intended purpose was to provide infantry support rather than engage enemy tanks. Instead, purpose-built anti-tank destroyers were meant to provide protection from the infamous German Tigers.

Head on, a Sherman could not defeat a German Tiger, but American ingenuity often found ways to compensate for the Sherman’s weaknesses. Some American soldiers took 75mm white phosphorous shells, which were used to aid targeting for artillery pieces, and found a way to turn something seemingly innocuous into a weapon. When fired at a Panther or Tiger, the burning white phosphorous would adhere to the tank and blind the otherwise exceptional optics. The engine fans would also suck the acrid smoke inside, making it difficult, if not impossible, to breathe. This could cause the German team to panic and abandon the tank for fear of it catching fire.