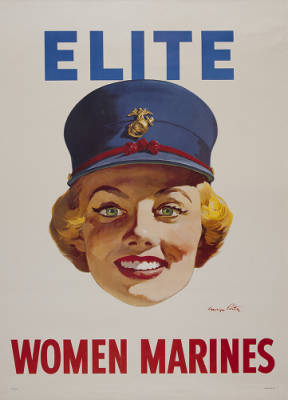 This Korean War-era poster hung in the offices of US Marine Corps recruiting stations across the nation. Women had been in the Marine Corps since 1918, when Opha May Johnson became the first woman to enlist in the USMC Reserve, becoming the first female Marine. Just before the start of the Korean War, there were only 28 regular officer and 496 regular enlisted women Marines and 18 reserve officers and 41 reserve enlisted women on continuous active duty. By the end of June 1950, the women Marines were authorized to comprise 100 officers, 10 warrant officers and 1,000 enlistees. Officers were trained at Marine Corps Base Quantico, Virginia, while enlisted women were trained at Marine Corps Recruit Depot Parris Island, South Carolina. At the peak of this mobilization, 2,787 women Marines stepped into leadership and administrative roles to free male Marines for combat duty. Posters such as this one were just one example of what got these kinds of women in the door and off to the Marine Corps. 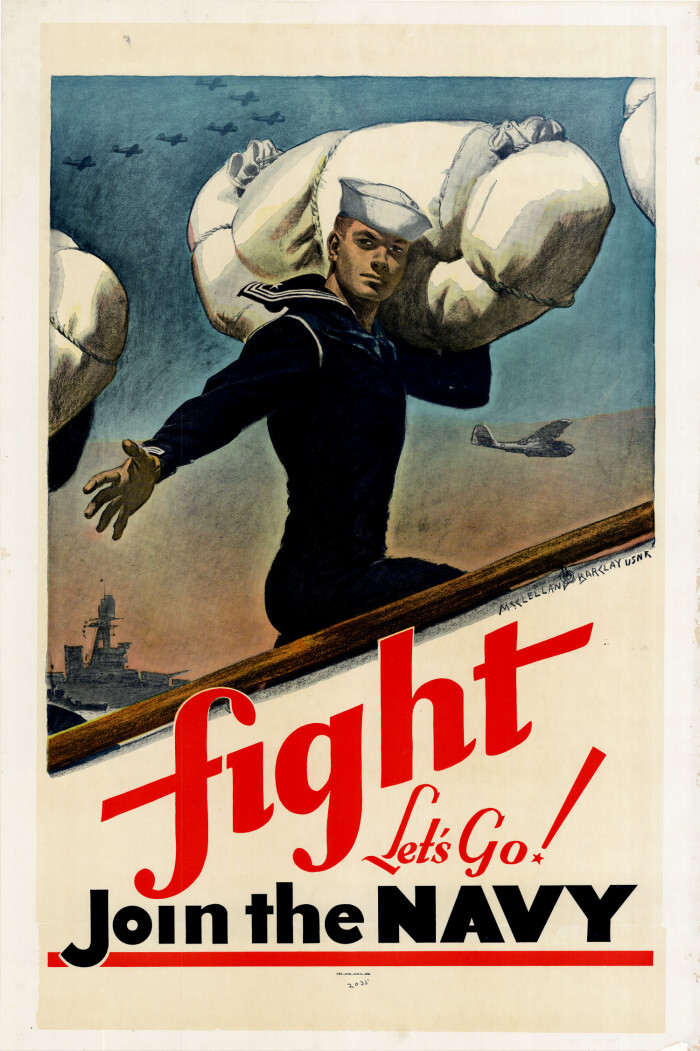 This World War II recruiting poster was produced in 1942 by the US Navy using artwork from McClelland Barclay, and officer in the US Navy Reserve. It depicts a sailor with his sea bag thrown over his shoulder as he boards a ship with aircraft flying in formation overhead. Though the aircraft carriers date back to 1918, the Second World War was the first of the major conflicts where its importance became so clear. Airpower became so vital in WWII because of the superior range, flexibility, and effectiveness of carrier-launched aircraft. They had greater range and precision than naval guns, making them highly effective. This poster helps depict the importance not only of warships, but of naval aircraft. 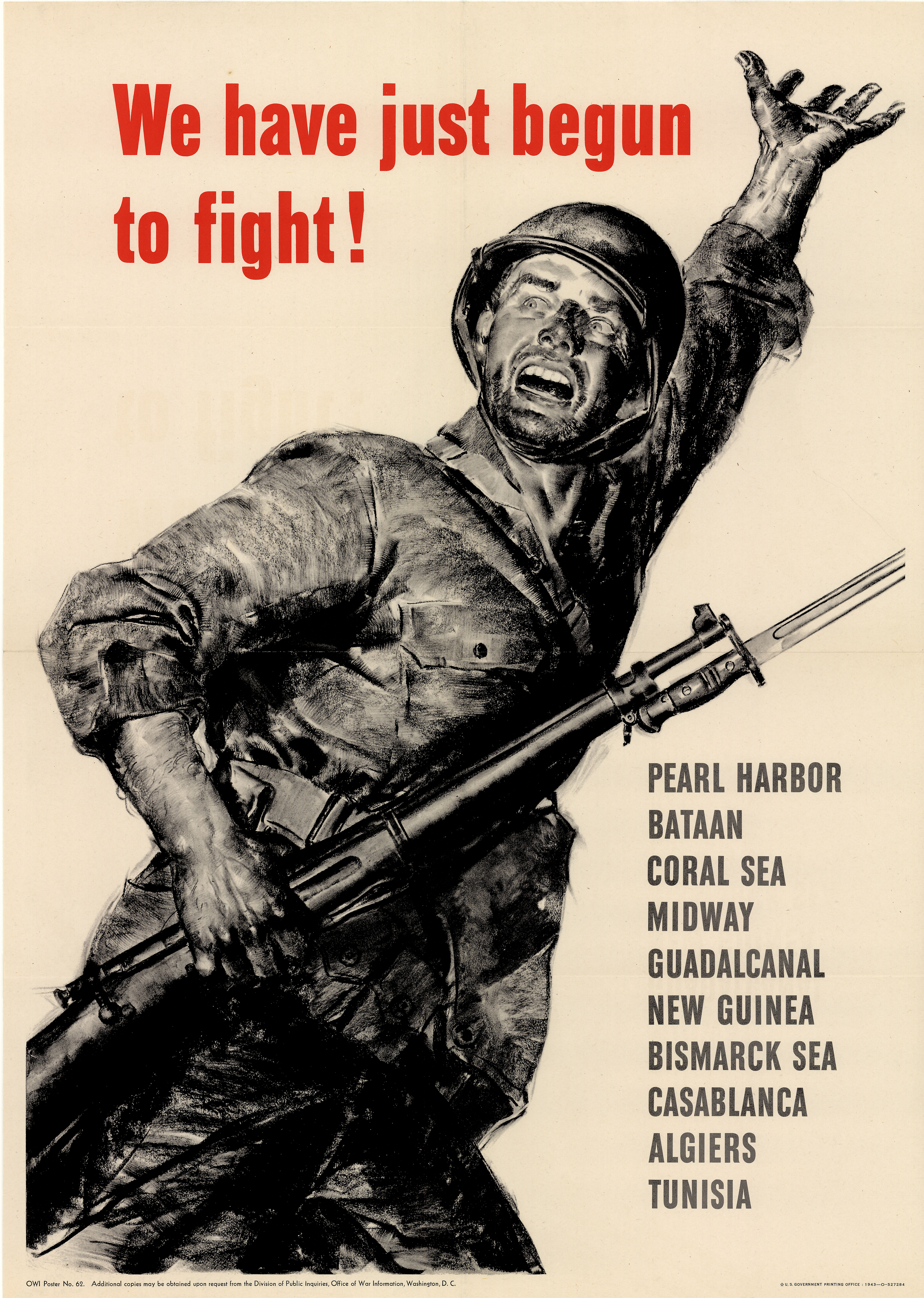 We Have Just Begun to Fight!

This 1943 poster, which lists the sites of a number of battles, reminded the public that the war was far from over. Furthermore, the list of battles also reminded the public that World War II was truly a global conflict. Having entered the war in early December of 1941, the American people had grown accustomed to wartime life. It was important to remind the public that the US was still at war and that it was just as important then as it had been two years ago to maintain home front efforts to consume less vital resources, to still join the military if possible, and to remember to not share unnecessary information about troop movements.

Mine Eyes Have Seen the Glory – Women’s Army Corps

This 1944 Women’s Army Corps (WAC) recruiting poster helped demonstrate the close relationship the WACs had with the US Army as a whole. Members of the WAC were the first women other than nurses to serve within the ranks of the United States Army (the WAAC was considered a separate counterpart to the US Army). Both the Army and the American public initially had difficulty accepting the concept of women in uniform. However, political and military leaders, faced with fighting a two-front war and supplying men and materiel for that war while continuing to send lend-lease material to the Allies, realized that women could supply the additional resources so desperately needed in the military and industrial sectors. Given the opportunity to make a major contribution to the national war effort, women seized it. By the end of the war their contributions would be widely heralded. 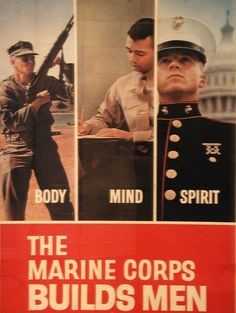 From 1965 to 1980, the US Marine Corps released a series of posters, including this one, which read “The Marine Corps Builds Men; Body, Spirit”. These recruiting posters sought to convey that there was more to the Marine Corps and men than just fighting, which was important as the American public’s attitude towards the military began to shift. This series of posters did well and, as many will recall, were featured in post offices and other government buildings across the country.