The American Civil War was a war fought from 1861 to 1865. As a result of the long-standing controversy over slavery, war broke out in April 1861 when Confederate forces attacked Fort Sumter in South Carolina shortly after President Abraham Lincoln was inaugurated. The nationalists who proclaimed loyalty to the United States Constitution faced secessionists of the Confederate States, who advocated for states’ rights to expand the practice of slavery. 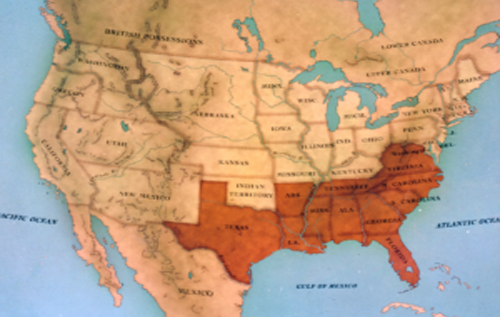 Among the 34 states in February 1861, seven southern slave states individually declared secession from the United States to form the Confederate States of America, or the South, which later grew to include eleven slave states. The states that remained loyal to the United States, including the border states where slavery was legal, were known as the Union or the North. 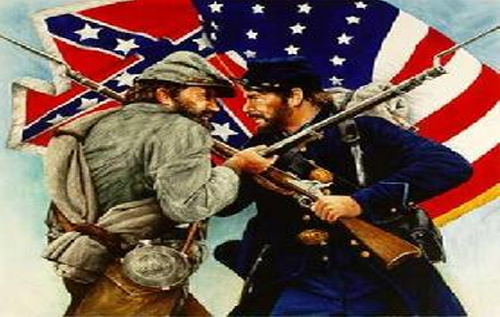 The Union and Confederacy quickly raised volunteer and conscription armies that fought mostly in the South over the course of the next four years. The Union finally won the war when General Robert E. Lee surrendered to General Ulysses S. Grant at the Battle of Appomattox Court House, which was then followed by a series of surrenders by Confederate generals throughout the other southern states. The four years of intense combat left between 620,000 and 750,000 people dead, more than the number of United States military deaths in all other wars combined (at least until the Vietnam War). Much of the South’s infrastructure was destroyed, especially the transportation systems. As a result of this war, the Confederacy collapsed, slavery was abolished, and 4 million slaves were freed. The Reconstruction Era overlapped and followed the war with the process of restoring national unity, strengthening the national government, and granting civil rights to the freed slaves throughout the country.