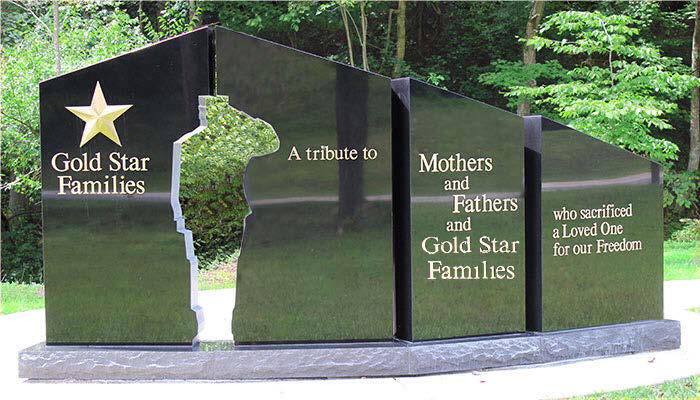 The last Sunday in September is recognized as Gold Star Mothers and Family Day, a time to recognize and honor the surviving family members of fallen service members.

Gold Star Mother’s and Family’s Day in the United States is observed on the last Sunday in September. The United States Congress recognizes this as the day when America honors surviving parents and families of fallen service members – specifically those who died during active duty. The term “Gold Star” originated during World War I when Americans displayed flags in their homes, businesses, schools, and churches with a blue star for each of their family members serving in the military. If any of those family members died during their military service, the family would stitch a gold star over the blue star in honor of their fallen loved ones. In 1918 President Woodrow Wilson approved the wearing of black arm bands bearing a gilt star by those who had a family member who died in the military service to the United States.

American Gold Star Mothers. Inc. was incorporated in 1929, obtaining a federal charter from Congress, and began with 25 mothers living in the Washington DC area and soon expanded to include affiliated groups throughout the nation. On June 23, 1936, a joint congressional resolution designated the last Sunday in September as Gold Star Mother’s Day, a holiday observed each year by a presidential proclamation. Each year on Gold Star Mother’s and Family’s Day the President of the United States calls on all Americans to display the nation’s flag and hold appropriate meetings to publicly express their love, sorrow, and reverence towards Gold Star Mothers and their families.