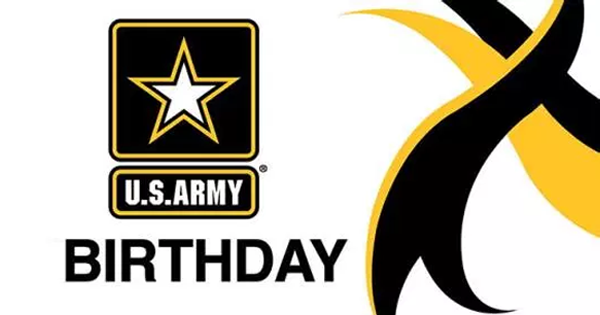 Happy birthday to the U.S. Army. Here’s to many more years of being Army Strong!

The United States Army was founded on June 14, 1775 when the Continental Congress authorized the enlistment of riflemen to serve the United Colonies for one year. Records from this date states Congress undertook to raise ten companies of riflemen, approved an enlistment form for them, and appointed a committee to draft rules and regulations for the government of the Army. However, the delegates’ correspondence and diaries clearly show they did much more. The Congress also accepted responsibility for the existing New England troops and forces requested for the defense of various points in New York, totaling roughly 15,000 men.

Today’s Army is made up of more than 700,000 soldiers, including active duty and reserve personnel. They serve many roles, from doctors, lawyers, and engineers to police officers, logistics experts, and electricians. The Army continues to provide Combatant Commanders with a wide range of forces and capabilities to prevail in the war on terror, to sustain the United States’ global commitments, and to build effective multinational coalitions. Today the Army is the largest of all branches with many different jobs to offer.