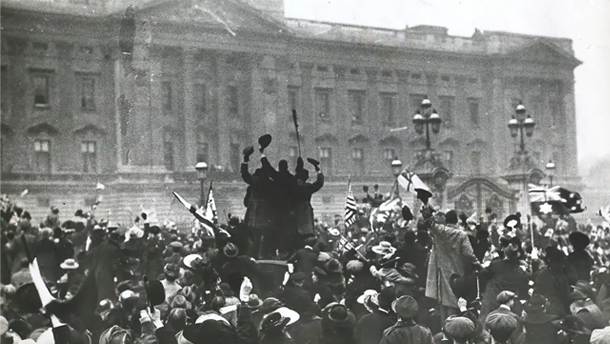 It has been over 100 years since the Armistice ending World War I was signed. Let us give you some history about this momentous day and what this document is about.

Armistice Day is celebrated every year on November 11 to mark the signing of the armistice between the Allies of World War I and Germany at Compiegne, France, for the cessation of the hostilities on the Western Front of the war. This armistice took effect at eleven o’clock in the morning – on the “eleventh hour of the eleventh day of the eleventh month” of 1918. This date is a national holiday in France, and was declared a national holiday in several other Allied nations. In some countries, such as the United States, this day coincides with Veterans Day and Remembrance Day.

The Armistice of November 11, 1918 was the armistice ending the land, sea, and air fighting in World War I between the Allied nations and Germany. Although previous armistices eliminated Bulgaria, the Ottoman Empire, and the Austro-Hungarian Empire this armistice marked a victory for the Allies and a complete defeat of Germany. This was not formally a surrender however, and the armistice needed to be prolonged three times until the Treaty of Versailles, signed on June 28, 1919, took effect on January 10, 1920.

The actual terms of the armistice, mostly written by the Allied Supreme Commander Marshal Ferdinand Foch, included the cessation of hostilities, the withdrawal of German forces to behind the Rhine, Allied occupation of the Rhineland and bridgeheads further east, the preservation of infrastructure, the surrender of aircraft, warships, and military material, the release of Allied prisoners of war and interned civilians, and eventual reparations. No release of German prisoners and no relaxation of the naval blockade of Germany was agreed to at this time.